SELECT YOUR DESIRED TOPIC TO READ
HIDE
Amazing Epilepsy Bracelets From Amazingwristbands.com
What Is Epilepsy?
People With Seizures
Frequency of Epilepsy 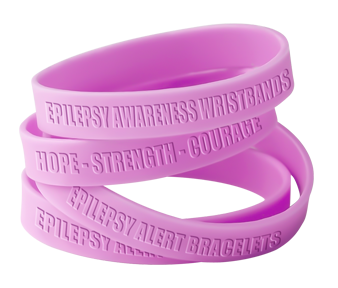 If you'd like to support someone suffering from seizures or epilepsy or raise funds for epilepsy research, you can purchase epilepsy awareness wristbands. The recognized awareness color for epilepsy is "purple", but you can order customized epilepsy awareness rubber bracelets with your desired messages in a large variety of colors and texting styles. Personalize your silicone wristbands with a custom message that means something to you, or use a generic message such as "Support Epilepsy Research" or "Hope – Strength – Courage".

Custom made wristbands can also be used as medical alert bracelets for people with epilepsy. Youdesign-custom-wristbands. There are no minimum order requirements here. All trendy silicone bracelets from www.AmazingWristbands.com are flexible, non-allergenic, durable, comfortable, water resistant, eye-catching, and soft.

According to the Epilepsy Foundation (www.EpilepsyFoundation.org) epilepsy is a medical condition that produces seizures affecting a variety of mental and physical functions. It's also called a seizure disorder. When a person has two or more unprovoked seizures, they are considered to have epilepsy. Other important facts about epilepsy from the Epilepsy Foundation include: 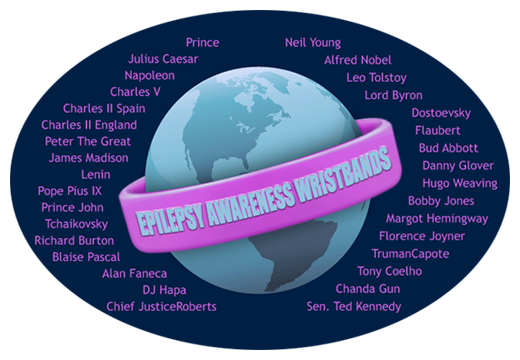 CALL AND ASK ABOUT OUR AMAZING DISCOUNTS!